Environmental group Bellona has estimated that if the heavy human health costs caused by exhaust emissions from internal combustion engine (ICE) cars in the EU were to be borne by car makers, an average conventionally fuelled car would have to pay back €2,371 per year to correctly compensate the public. In other words, the unaccounted for human health cost of a fossil vehicle during its lifetime would be roughly €23,715, which in turn would result in the doubling of the average ICE car’s sticker price to €50,150.

In its new brief “Rethinking the cost of conventionally fuelled road transport – Getting the car industry to pay the human health bill”, Bellona concludes that electro-mobility is the only viable cost-effective approach to drastically reduce damaging air pollution and safeguard human health. In contrast to ICE cars and plug-in hybrid vehicles (PHEVs), pure battery electric vehicles (EVs) produce no exhaust emissions and consequently cause less pollution in general.

By absorbing CO2 the ocean is becoming more acidic, and this is happening at a faster rate than during any other period in the past 300 million years.

The globally averaged concentration of carbon dioxide (CO2) in the atmosphere reached the symbolic milestone of 400 parts per million for the first time in 2015 and surged again to new records in 2016.

Large combustion plants will have to meet new mandatory standards for the release of toxic air pollutants under the EU’s Industrial Emissions Directive from 2021.

We need to talk about nitrogen

Nitrogen in the air is one of the greatest threats to our wild plants, lichens and fungi, yet few people have even heard about it.

The first global, long-term satellite study of airborne ammonia gas has revealed increasing levels of the pollutant over four of the world’s most productive agricultural regions.

Climate action is one of three overarching objectives of the Common Agricultural Policy (CAP), though only a small fraction of the funding goes to climate measures on the ground.

Work has frozen at over 100 projects in China and India, in addition there is a 62 per cent decline in global construction starts and a 48 per cent drop in pre-construction activity.

As the change from fossil fuels to renewable energy is gradually gaining wider acceptance, CCS is now seen more and more as a method mainly applicable to industrial processes.

International trade has moved more than 750,000 air pollution-related deaths from regions that import goods to those that produce them.

Renewables to be subsidy free

Almost 90 per cent of new power in Europe came from renewable sources in 2016. For the first time windfarms accounted for more than half of the capacity installed.

Soil has become a vulnerable resource. A new FAO report shows which areas have the best carbon storage potential and suggests improvements in monitoring and measurement.

The recent decision from the EU Court of Justice opens the door for the Commission to take more robust action in relation to air quality infringements and will facilitate legal actions before national courts by individuals and NGOs.

If everybody who takes their car to work in Stockholm County and has less than a 30-minute bike ride to work, cycled to work instead, the number of cars in rush hour traffic would be around 111,000 fewer.

Right now, several parallel evaluation processes are under way that could lead to higher ambitions in global climate negotiations.

One-third of existing coal capacity must retrofit or close

A new study commissioned by Transport and Environment maps the climate mitigation potential for EU agriculture. It concludes that there is no evidence that reducing emissions in agriculture is more difficult or less cost effective than in other sectors.

In a vote on 4 April, the European Parliament approved tighter controls on vehicle emissions, but rejected a proposal for an EU Vehicle Surveillance Agency which would have ended the current discredited system in which national regulators ..

ENDS reports that carbon dioxide emissions from power stations and other major combustion plants, which account for 65 per cent of the European Union total, fell by four per cent in 2016 compared to the preceding year. 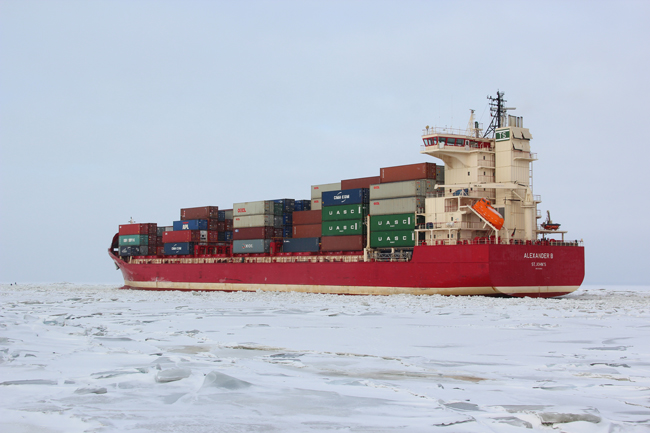 A new study by the International Council on Clean Transport (ICCT) compares the economic and environmental trade-offs of switching from heavy residual fuel oil (HFO) to two alternative fuels, distillate fuel and liquefied natural gas (LNG), in the Arctic.

The Guardian reports that “wholesale solar power prices have reached another record low in India, faster than analysts predicted and further undercutting the price of fossil fuel-generated power in the country.”

Following a court order, the UK government published on 5 May a new plan to control nitrogen dioxide (NO2). Levels of NO2 have been above legal limits in almost 90 per cent of urban areas in the UK since 2010 and are estimated to cause 23,500 early deaths a year.

The resolution, which is based on a report by a Croatian social democrat, suggests over 300 changes and the EU environment committee chose to back up a lot of important suggestions, even if they...

A recent public survey commissioned by the Global Food Security (GFS) programme, shows that the majority of British adults tend to agree that a key contributor to climate change is our current...

Madrid to halve traffic emissions by 2030

In a bid to crackdown on air pollution, Madrid’s city government has announced a plan that includes the creation in 2018 of a “zero emissions zone” in the entire city centre open only to residents...

The improvement of car fuel efficiency must be speeded up in order to meet the EU target for 2021, according to the European Environment Agency (EEA). Provisional figures released by the EEA put...

Environmental group Bellona has estimated that if the heavy human health costs caused by exhaust emissions from internal combustion engine (ICE) cars in the EU were to be borne by car makers .....

Energy-related carbon dioxide emissions in the US dropped 1.7 per cent in 2016 due largely to significant decreases in coal use, according to the Energy Information Administration.

Norwegian fertilizer producer Yara and maritime technology firm Kongsberg are teaming up to build what they say will be the world’s first fully electric and autonomous container feeder ship.

A plan adopted in early May by the outgoing French environment minister, Ségolène Royal, sets new legal limits on air pollutant emissions up to 2030, in line with the emission reduction...

On 27 April, Italy received a final warning from the European Commission because of failure to address persistently high levels of particulate matter (PM10). More than 66,000 people die...