Nitrogen overload continues to be a problem in European water bodies and aquifers, according to a new report from the EU commission with the aim of evaluating the implementation of the Nitrates directive. It is stated that “groundwater quality has only slightly improved” since 2008 and several countries are still recording excessive levels. In 2012-2015 13.2 per cent of the monitoring stations exceeded levels of 50mg/l, compared to 14.4 per cent in the previous reporting period.

The main source of nitrogen emissions is agriculture. Between the reporting periods 2008-2011 and 2012-2015 the average nitrogen discharge decreased by only 3 per cent. In the period 2012-2014, all member states, except Romania, had a surplus of nitrogen.  The highest nitrogen surpluses (> 50 kg/ha) were found in Belgium, Cyprus, Czech Republic, Denmark, Luxemburg, the Netherlands and the United Kingdom.

Sulphur emissions from ships in northern Europe have come down significantly, resulting in health and environmental improvements in coastal regions and port cities.

Evidence of the health hazards posed by air pollutants is clear and unambiguous. Air pollution particularly affects vulnerable groups such as infants, children, the elderly and ...

Wind and solar can be integrated into the grid

There are strategies to manage variablity in electricity generation. A succesful example is Denmark, which somtimes produces more than half of its electricity from wind and solar.

Renewables are rolling out rapidly

Between 2005 and 2015 wind power grew fourfold and solar by a factor of 72 in the EU. But this growth is very unevenly spread in the EU and in wider Europe. 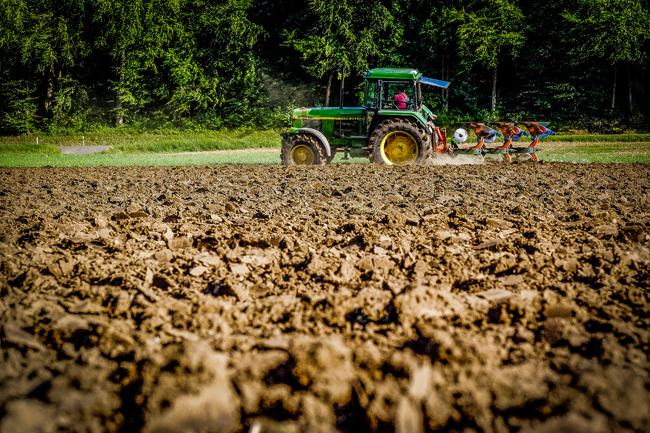 Increasing carbon stocks in agricultural soils is promoted as a climate mitigation practice. Scientists show that the potential in Europe might be overestimated. 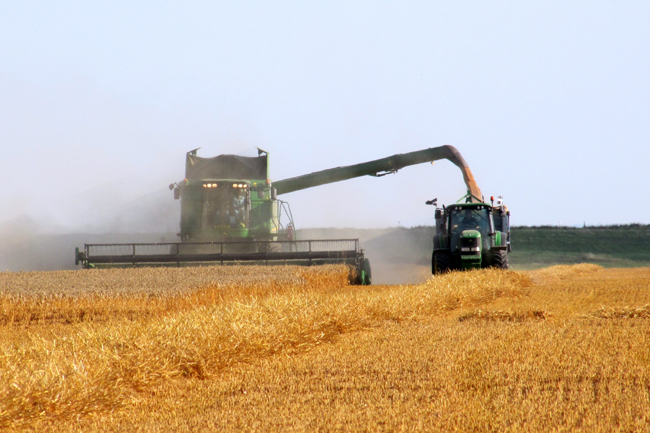 Less funding for environmental measures and increased flexibility for member states are bleak, but likely expectations of a post-2020 Common Agriculural Policy (CAP). 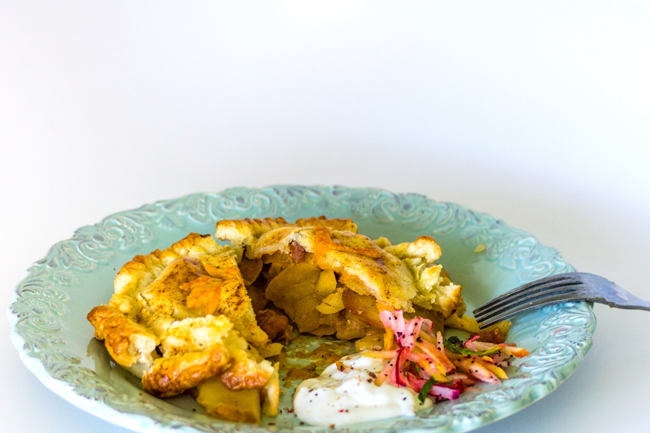 Reducing meat and calories is a win-win for health and the environment. An optimised Low Lands diet is a Dutch concept to make the transition more culturally acceptable.

While the EU pushed for emission cuts of 70–100 per cent by 2050, the final global agreement settled for a target of “at least 50 per cent”. 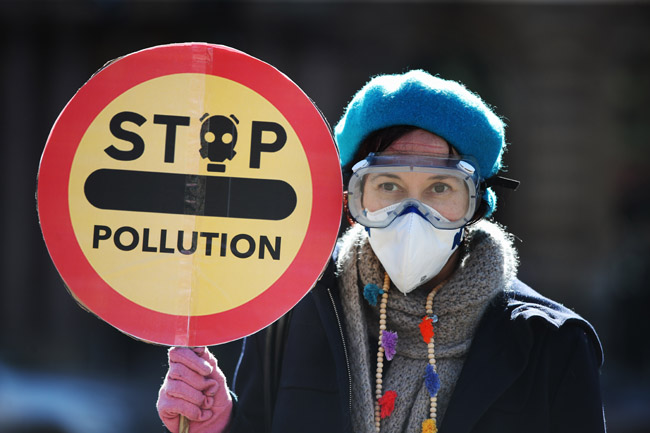 More than 90 per cent of Euro 6 diesel cars on sale today don’t meet the EU emission limits on the road but are still exempt from low-emission zones or diesel bans. 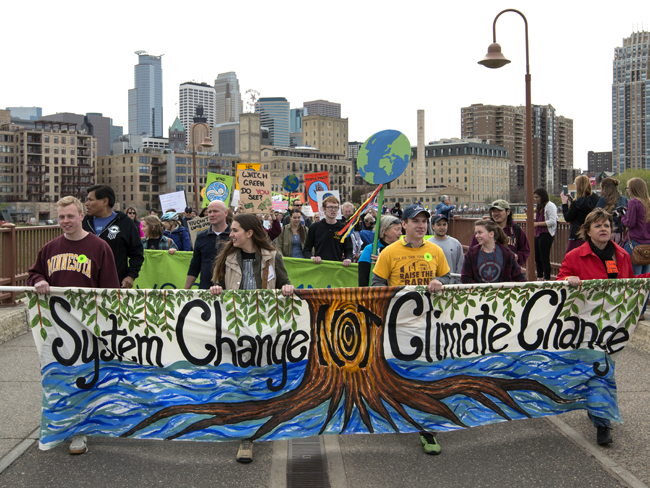 CO2 makes up 81 per cent of US greenhouse gases

The website of the US EPA presents an inventory of GHG emissions for 1990 to 2016, but web pages containing detailed climate analysis were removed one year ago. 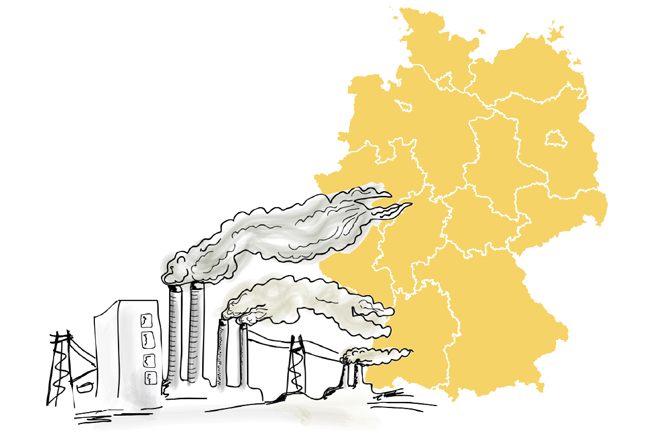 Several countries in Europe, among them Germany, have recently built or are planning to build new coal power stations. Some examples of such plants are presented here.

Since 1990, there has been a 40 per cent increase in total radiative forcing – the warming effect on our climate  due to long-lived greenhouse gases. 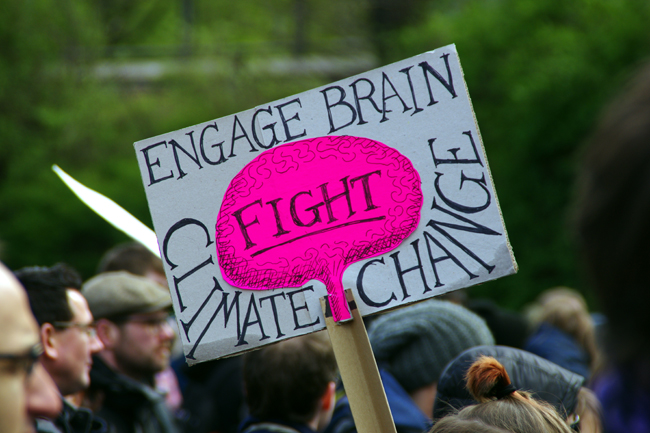 Scenarios show that the 1.5°C target can be reached without BECCS, through a massive expansion of renewable energy, improved energy efficency and lifestyle changes.

On 4 April, the Swedish government announced that from 1 January 2020 municipalities will be able to introduce three different kinds of low-emission zones. 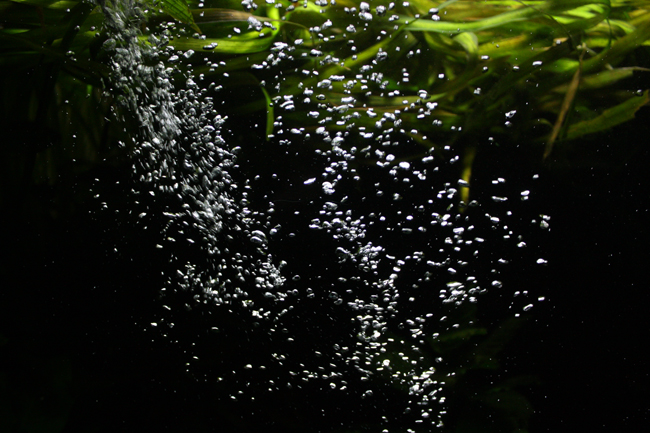 The risk of leaks that are difficult to detect and the thorough investigations required to find suitable sites are factors that limit the potential to scale up ongoing CO2 storage projects.

The government is unlikely to foot the bill. There are faster, cheaper ways to cut such emissions. 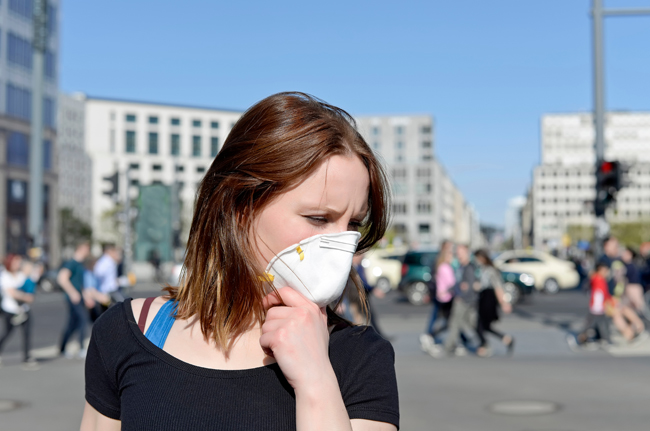 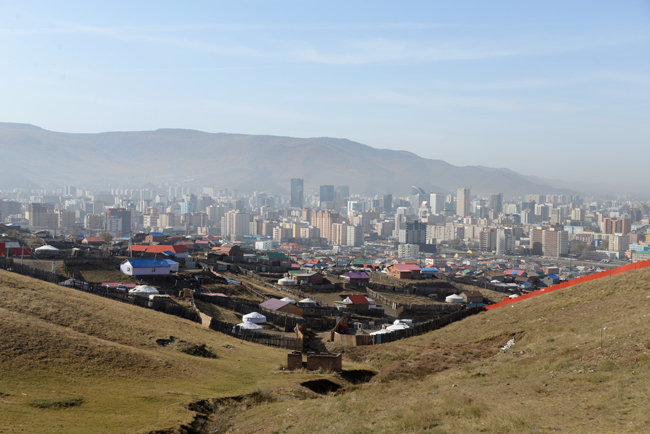 Smog in Mongolia’s capital Ulaanbaatar is causing a public health crisis, especially among children, according to a new study by the United Nations Children’s Fund ... 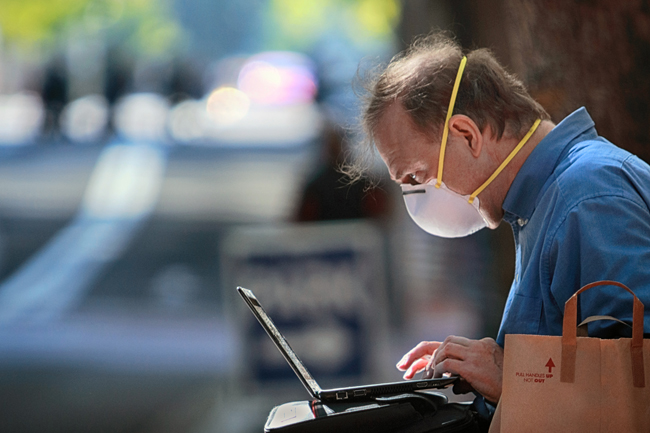 WHO: 9 out of 10 people breathing polluted air

Air pollution levels remain dangerously high in many parts of the world. Nine out of ten people globally are breathing polluted air, the World Health Organization (WHO) reports ...

Renewable alternative to jet fuel in the US

The International Air Transport Association predicts that 7.2 billion passengers will fly in 2035, nearly doubling the 3.8 billion in 2016. Instead of petroleum ...

German greenhouse gas emissions from agriculture reached a low in 2007, at 62 million tonnes CO2e, and have since then increased to 65.5 million tonnes, according to a report ...

Concern over ammmonia in Northern Ireland

Ammonia has received some newly awakened attention in Northern Ireland, after a report “Making Ammonia Visible” was published in December by a working group commissioned ...

On 2 May the Greens/EFA Group in the European Parliament launched a report that examines the relationships between governments and the fossil fuel industry.

Proposals from a handful of national governments to stave off legal action over breaches of air pollution limits are inadequate, while four out of nine countries facing referral ...

Wind power in the UK set a new record

On 17 March this year wind power generated 14 gigawatts for the first time – nearly 37 per cent of the country’s electricity. The National Grid control room confirmed that 13.9 gigawatts  ...

Ever since the first production car rolled off the assembly line more than 100 years ago, our love affair with automobiles has grown and grown. 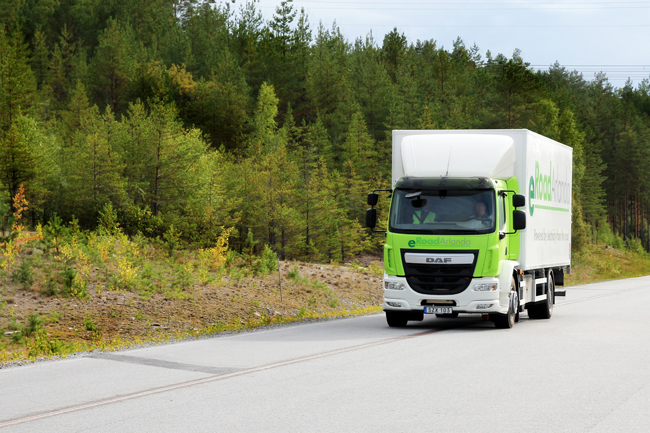 The world’s first electrified road that recharges the batteries of cars and trucks while they drive along it has been opened in Sweden. 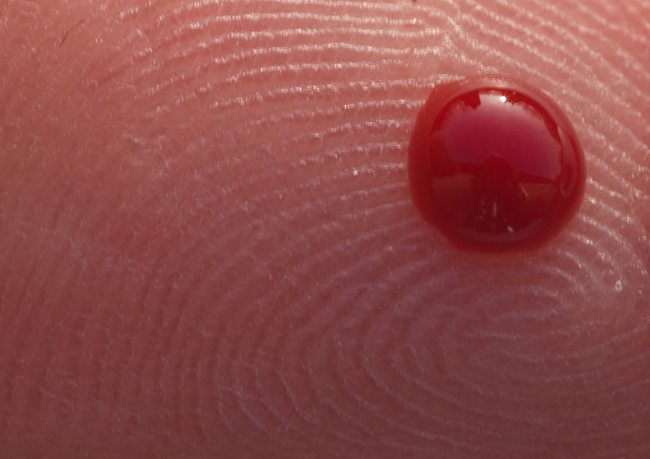 Serious health impacts from NO2

A study by the German Environment Agency (UBA) estimates that roughly 6,000 premature deaths in 2014 were due to cardiovascular diseases linked to background concentrations of NO2 in both rural and urban areas. 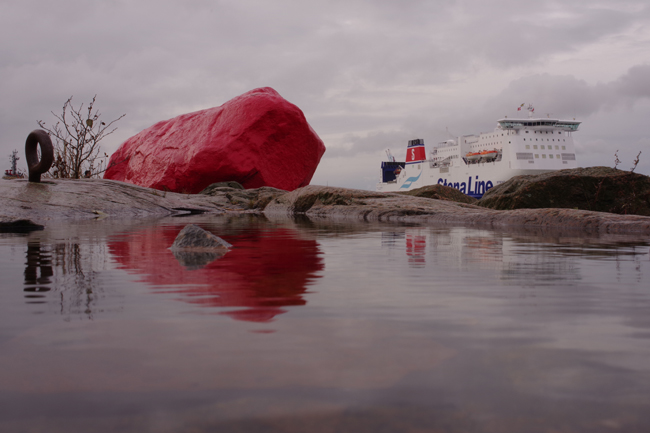 Stena Line has signed a contract with Callenberg Technology Group for batteries with a capacity of 1 MWh to be installed on Stena Jutlandica, which operates between Gothenburg and Frederikshavn. 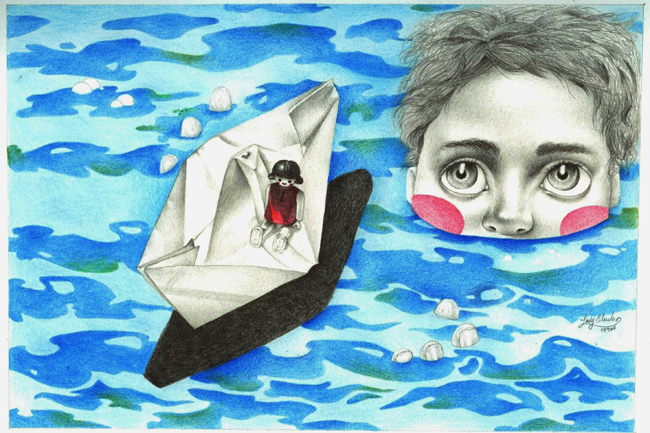 Decarbonisation of maritime shipping possible by 2035

A new report published by the OECD says that maximum deployment of currently known technologies could make it possible to achieve almost complete decarbonisation of maritime shipping by 2035. The report includes the following assessment:

Wind and solar cheaper than coal

The economics of generating electricity from fossil fuels are deteriorating rapidly as renewable energy technology plunges in costs according to a new Bloomberg New Energy Finance report.

Over half of Europe’s most-polluting livestock farms receive CAP payments, as revealed in a new study from Greenpeace.

Nitrogen overload continues to be a problem in European water bodies and aquifers, according to a new report from the EU commission with the aim of evaluating the implementation

The European Commission announced in early May an open public consultation as part of its evaluation of the EU’s 7th Environment Action Programme (EAP).

A public consultation announced in early May aims to collect views from stakeholders on the level of awareness of air quality challenges in general and the provisions of the Ambient Air Quality...

The Netherlands has mapped a 7 GW expansion of its offshore wind sector. Total sector capacity will rise from the currently planned 4.5 GW by 2023 to 11.5 GW.

Allianz, the world’s biggest insurance company by assets, announced on 3 May 2018 that it will no longer provide stand-alone insurance coverage for coal power plants or coal mines.

A ban on carrying high-sulphur fuel on board vessels was approved by the IMO’s Marine Environment Protection Committee in April. This means that ships will be barred ...