A recent analysis by the International Council on Clean Transportation (ICCT) has compared the life-cycle greenhouse gas emissions of liquefied natural gas (LNG), with those from traditional marine fuel oils.

LNG has become increasingly popular as a ship fuel as it significantly reduces emissions of air pollutants, such as sulphur dioxide, nitrogen oxides and particles. Moreover, LNG is cheaper than marine gas oil (MGO), and is – over the longer term – expected to be less expensive than both heavy fuel oil (HVO) and the blended 0.5-per-cent very low sulphur fuel oil (VLSFO).

In 2019, there were more than 750 LNG-powered ships, most of them in the offshore and ferry segments, but new tankers, container ships and cruise ships are also being built with LNG engines.

Two years ago, in April 2018, the IMO adopted an initial strategy with the stated levels of ambition that greenhouse gas emissions from international shipping should peak as soon as possible and to reduce emissions by at least 50 per cent by 2050 compared to 2008, while, at the same time, pursuing efforts towards phasing them out entirely.

Achieving these objectives will inevitably require a transition to zero-carbon fuels or propulsion systems. While LNG contains less carbon per unit of energy than conventional marine fuels, which means that burning it emits less carbon dioxide (CO₂), there are also other GHGs to consider.

LNG consists mainly of methane, which over a 100-year time period traps 36

times more heat than the same amount of CO₂, i.e. its global warming potential (GWP100) is 36. If we look instead at a 20-year time period (GWP20), methane traps 86 times more heat.

It was found that over a 100-year time frame, the maximum life-cycle GHG benefit of LNG is a 15 per cent reduction compared with MGO, and this is only if ships use a high-pressure injection dual fuel (HPDF) engine and upstream methane emissions are well controlled.

The authors point out, however, that the latter might prove difficult as more LNG production shifts to shale gas, and given recent evidence that upstream methane leakage could be higher than previously expected. Additionally, only 90 of the more than 750 LNG-fuelled ships in service or on order use HPDF engines.

The most popular LNG engine technology is low-pressure dual fuel, four-stroke, medium-speed, which is used on at least 300 ships and is especially popular with LNG-fuelled cruise ships. Using GWP100, this technology emitted 8 per cent more lifecycle GHGs when it used LNG instead of MGO and 16 per cent more than using MGO in a comparable medium-speed diesel engine.

Using GWP20 instead, low-pressure dual fuel, four-stroke, medium-speed technology emitted 70 per cent more lifecycle GHGs when it used LNG instead of MGO and 82 per cent more than using MGO in a comparable medium-speed diesel engine.

Dr. Elizabeth Lindstad, Chief Scientist at SINTEF Ocean, Maritime Transport, commented that: “The report shows the need for adopting policies that can reduce the broader GHG emissions of shipping instead of CO₂ only, including the well-to-tank emissions of ship fuels. If we fail to include all GHGs and focus only on CO₂, we might end up with a large number of ships fulfilling all efficiency requirements, but where the GHG savings are on paper only.”

The ICCT concludes that the results show that LNG does not deliver the GHG emissions reductions demanded by the IMO’s initial GHG strategy and that using it might actually worsen shipping’s climate impacts. Given this, it is fair to question continued investments in LNG infrastructure on ships and on shore, as these could make it harder to transition to low- and zero-carbon fuels. Investing instead in energy-saving technologies, wind-assisted propulsion, zero-emission fuels, batteries, and fuel cells would deliver both air quality and climate benefits.

The study “The climate implications of using LNG as a marine fuel” is available at: https://theicct.org/ sites/default/files/publications/Climate_implications_LNG_marinefuel_01282020.pdf 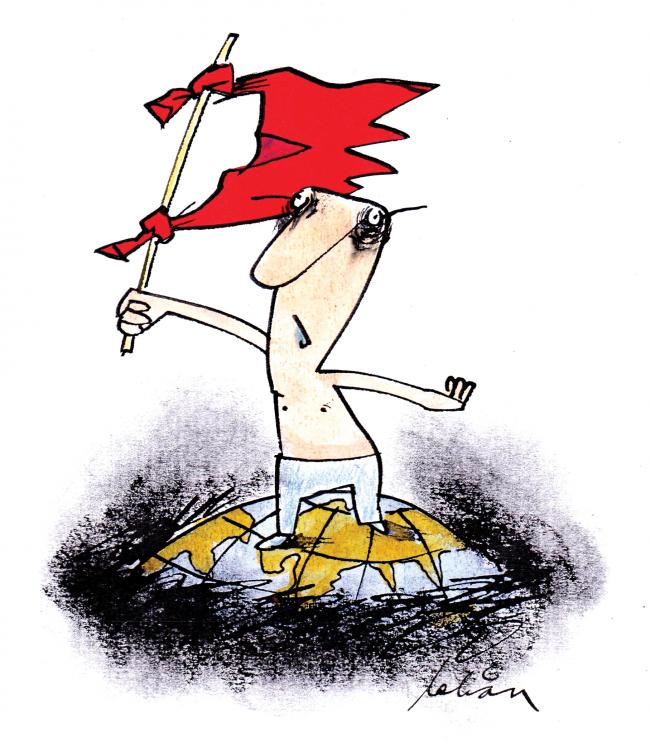 Emissions from the burning of coal, oil and gas cause 4.5 million premature deaths a year globally, resulting in costs of health care and lives lost equivalent to 3.3 per cent of global GDP.

A recent Eurobarometer survey asked over 27,000 people from across the EU several questions about air quality.

Cement could be greener, but will it?

Cement production is responsible for some 6–7 per cent of global CO2 emissions, and is still growing. There are many technical options to cut emissions, but few incentives. The EU cement industry pays zero for its emissions, and does little to improve its act.

In the southern part of the boreal forest zone, climate change may cause closed forest to be replaced by open woodland or scrubland

Stanford researchers find that a completely renewable energy system will pay for itself in 7 years, while also solving major health and climate threats. 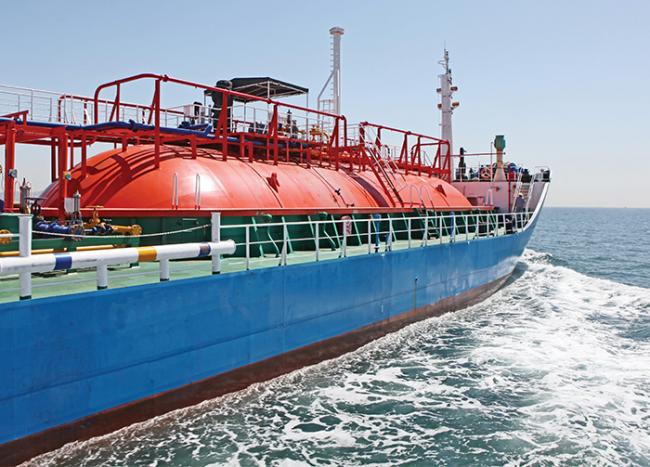 Ships fuelled by LNG do not deliver the emissions reductions required by the IMO’s greenhouse gas strategy, says new study.

The frozen areas covering the peaks and valleys of the Andes are melting at alarming rates, providing some of the most visible evidence that climate change is already here and putting communities and natural ecosystems at risk.

Growth in EU renewable energy has reduced GHG emissions, and in most cases air pollutant emissions as well. But increased burning of biomass has actually increased emissions of health-damaging PM emissions. 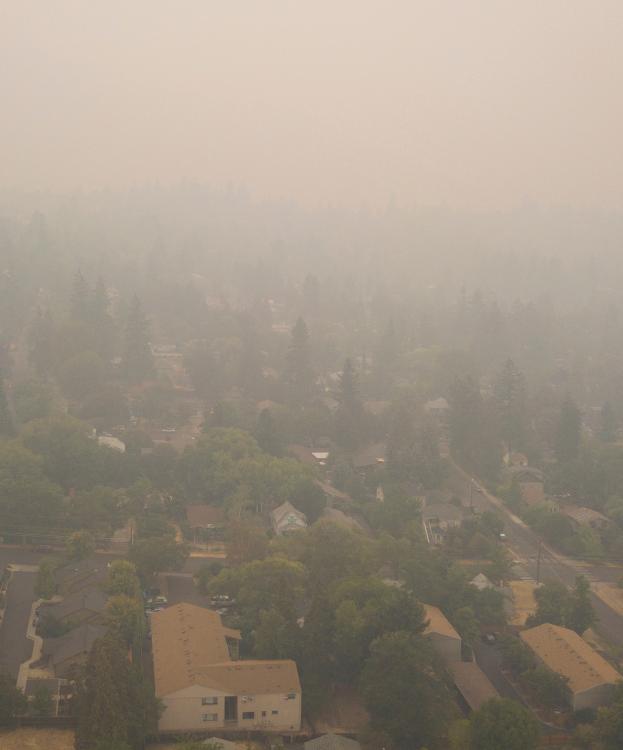 The EU air quality limit values are enforceable and have been instrumental in driving a downward trend in air pollution exceedances and exposure.

Sales of petrol cars rise in the EU

Ecolabelled biofuels make it easier for consumers to choose fuels that have less impact on the environment, says the Swedish Society for Nature Conservation (SSNC). 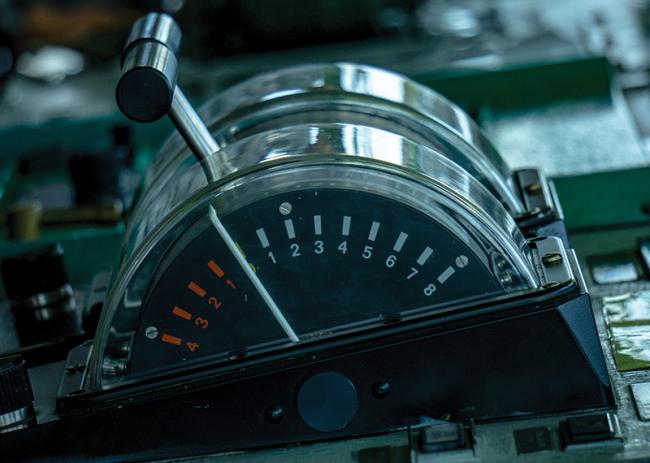 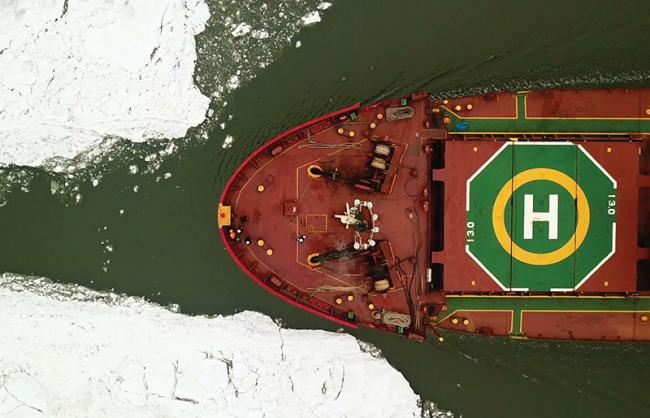 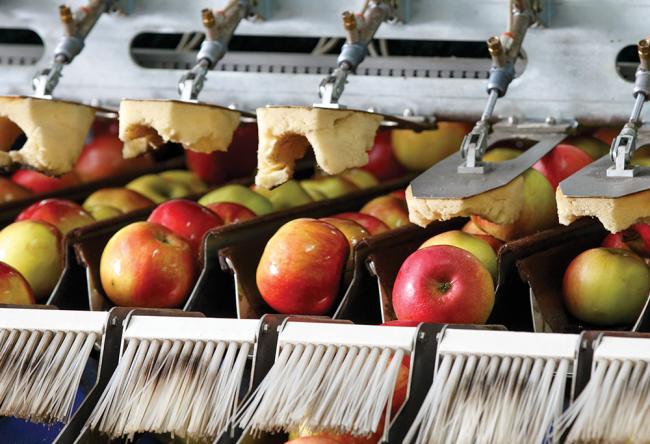 Too little focus on diets and population growth

In recent decades, research on how to nourish the global population sustainably has had a strong and growing focus on improving productivity through technology...

A call to introduce meat taxes in EU

A sharp reduction in meat and milk consumption is essential to tackle climate change.

A new agricultural bill to replace the EU Common Agricultural Policy (CAP) support scheme was presented by the UK government in January.

Ten billion people can be fed within planetary boundaries

A newly published study shows that it may be viable to feed ten billion people without crossing the planetary boundaries for nitrogen flows, biodiversity loss, land system change, and freshwater use.

What milk should we drink?

Supermarket shelves are filled with a wide variety of plant milks today, but which sort is the best choice in terms of environmental impact?

Atmospheric deposition of nitrogen contributes significantly to eutrophication, and accounts for about a third of the total input of nitrogen in the western Baltic Sea.

Reductions in air pollution yield fast and dramatic improvements in health, as well as decreases in all-cause morbidity according to the research paper “Health Benefits of Air Pollution Reduction”, and the corresponding report “Clean Air Now”.

Recently, the effects of ocean acidification conditions were investigated on the puffadder shyshark (Haploblepharus edwarsii) over different periods of time.

In its February infringements package, the Commission sent letters of formal notice to Romania, Greece and Malta, calling on them to adopt National Air Pollution Control Programmes and to communicate them to the Commission, as required under the National Emissions Ceilings Directive.

After having been adopted by the International Maritime Organization (IMO) in 2008, tighter limits on the sulphur content of shipping fuel finally came into force on 1 January 2020.

Scrubbers not allowed in California

The California Air Resources Board (CARB) has announced that the Californian regulation for ocean-going ships, which was adopted in 2008 and still is in effect, requires the use of low-sulphur (...

Ships fitted with open-loop scrubbers will be banned from discharging effluent from the emissions-cleaning systems while travelling through the Suez Canal, according to an announcement by the Suez...

Iceland has enacted a strict sulphur emissions control area (SECA) whereby ships calling at the island from next year will only be allowed to burn 0.1 per cent sulphur content fuel in Icelandic...

In January 2020, a group of eight leading environmental organisations working on clean air from the health, environmental, climate and transport angles wrote to the European Commission expressing...

South Korea shuts a quarter of its coal plants over winter

In late November, South Korea decided to temporarily shut down up to a quarter of its coal-fired power plants over winter in an attempt to combat dangerously high levels of fine dust pollution.

South Korea’s Ministry of Oceans and Fisheries began a “Vessel Speed Reduction Programme” in December 2019, in an effort to reduce fine dust from ships and protect the marine environment.

India’s federal pollution regulator has warned 14 coal-fired power plants that they could be shut down and penalized for failing to comply with environmental standards.

The decision in January to close Dolet Hills Power Station in Arkansas symbolises an important milestone for the Sierra Club’s Beyond Coal campaign, as it marked the 300th coal plant proposed to...

The results of the latest Eurobarometer survey, which asked over 27,000 people from across the EU several questions about air quality, revealed a poor awareness of EU air quality legislation as...